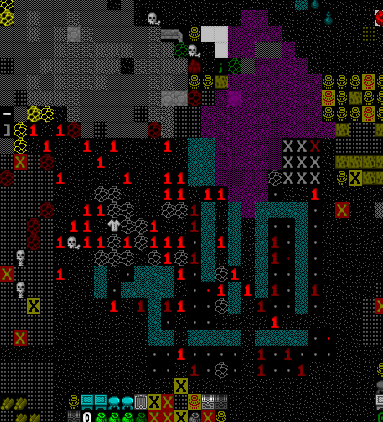 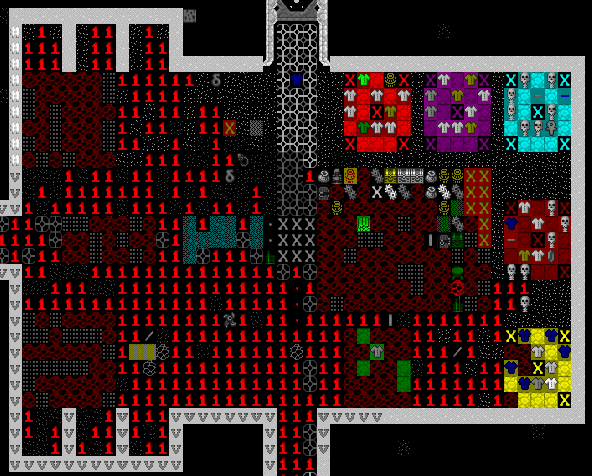 Despite the destruction, the entire main staircase survived. I was expecting it to be completely destroyed, top to bottom. But most of it is magma-free, and dwarves can still travel up and down on it.

I’ve dug out a few walls here and there to free dwarves from their rooms, and added some walls to stop the entire magma pipe from leaking into the fortress and killing what little framerate I had left. 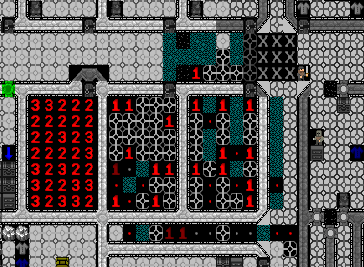 A dwarf named Ducium Datanfash went mad and picked a fight with a nearby donkey. Everyone else just ignored him. 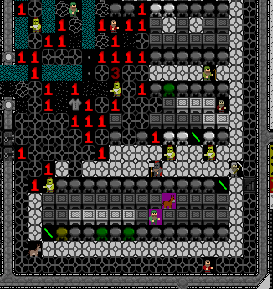 A few dwarves, mad with grief, throw themselves down the newly-made pits, dying at the bottom. As other dwarves start tantruming, going berserk with rage, and succumbing to melancholy, I check on the baroness. She’s still “ecstatic” and pretends like nothing is out of the ordinary. I’d think an enormous hole in the fort spilling magma everywhere would dampen her spirits at least a bit. I guess not.

One of the champions has taken it upon himself to chain up tantruming dwarves in the makeshift jail. But that’s the dungeon master’s job, and he’s still alive! I think it’s hilarious. 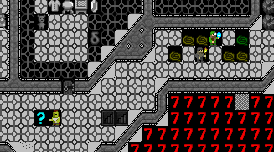 I order all the chains to be removed – I want these dwarves to run rampant around the fortress, causing mischief!

Upon being released from jail, Sarvesh the jem cutter goes around killing things, until he too is struck down.

With things still burning and dwarves still killing each other, the population is down to about 30 now. That’s still too many…

I try killing the remaining dwarves with ballista arrows. It works pretty well, but the arrows don’t fly very straight, and keep hitting walls instead of dwarves. 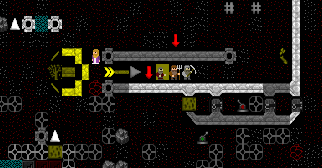 13 dwarves remain. Most of them are either nobles, royal guards, or fortress guards… and you can’t order those guys around at all, they do as they please. It would be very difficult for me to kill them all.

So, I decide that now is a good time to abandon the fort.

If this story inspired you,
Learn to Play
with Peter Tyson's new book.